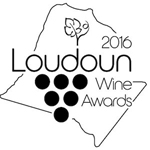 Doug Fabbioli, “the godfather of Loudoun wine,” had quite the Friday night. During the second annual Loudoun Wine Awards Friday, Fabbioli was honored as the Winemaker of the Year, his 2013 Cabernet Franc Reserve won the Chairman’s Grand Award as the best wine out of more than 100 entrants, and his 2013 Tre Sorelle tied for best Bordeaux-style blend.